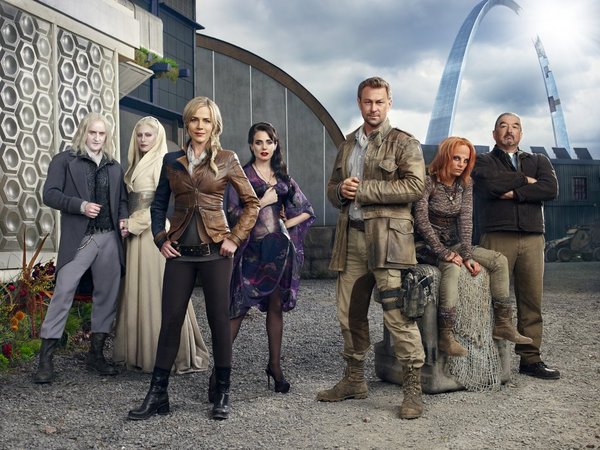 It’s not everyday a network can claim that it is truly offering audiences something completely different than the typical television experience. On Monday, April 15, the SyFy Channel is changing the television world with the series premiere of their latest original series: Defiance. When Defiance airs at 9 p.m. ET/PT, it will mark the first time a television series has simultaneously branded and released an original video game by the same name. Sure, chintzy marketing schemes have hastily released half-baked video game versions of various movies and television shows in the hopes of accruing as much money as possible, but this is the first time a television show has incorporated a completely new, 100% organic video game title into its narrative. The mastermind behind this concept, showrunner KevinMurphy (“Desperate Housewives,” “Caprica,” “Hellcats”), worked hand in hand with Trion Worlds to develop a video game world and television world that could function in harmony across platforms. The result: fanboy heaven.

Never before has a television show and a video game worked across the transmedia border in this way. While Trion World’s version of Defiance was released earlier this month to a relatively happy audience, there is still time to conjecture about the success of a show that brings something so new to two mediums that are closely related, yet until now, have been kept farther apart than the girls and guys at a middle school dance.  Here are my hopes and fears about SyFy’s groundbreaking show. 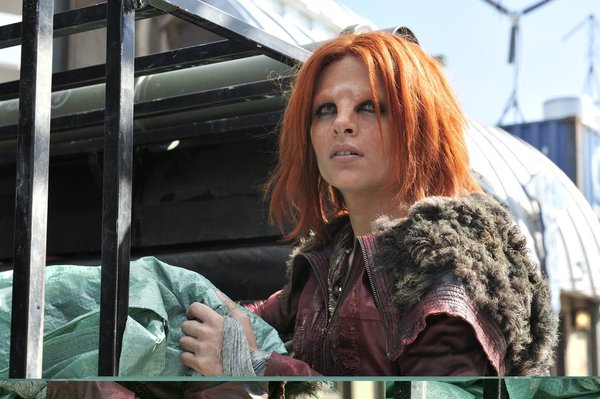 In a nutshell, Defiance tells the story of a near future where Earth has been transformed through terraforming as well as the arrival of seven unique alien races. After a war that spanned over 30 years, a group of humans and aliens formed an alliance, threw down their weapons, and set up a pseudo-democracy in what was once the city of St. Louis. The television show tells the story of the people living in this emerging boom town, which they call Defiance, while the video game tells a completely different story based out of the San Francisco Bay area.

I have always hated the fact that sci-fi shows have to constantly rely on long strings of boring exposition in order for the audience to understand why, for example, one sub-species of alien cyborg is currently at war with another sub-species of alien cyborg. It gets confusing, and it significantly slows down the dramatic narrative. With a show and video game that deals with so many alien species, and so much geographic space between one another, I hope that the writers use the video game to allow players to explore exposition at their own rate instead of bogging their television show down with it. On-screen stories will be able to move so much faster if characters aren’t forced to explain to the viewer who they are and what their motivations are. If the video game world allows players to physically play elements of each species’ backstory, the game will become even more desirable to play, and the show will become even more enjoyable to watch.

As I said above, while Defiance the show takes place in Missouri, the video game revolves around characters living in California. Even though Nolan and Irisa, two of the TV show’sprotagonists, make brief cameos in the opening of the game, the characters from the show are reported to remain fairly separated from the events in the game. According to an Indiewire interview with series creator Kevin Murphy, the showrunner said that, “[separating the show from the game] was the genius… because [it] would give [both creators their] own little sandbox.” While it is important to separate the show and game as much as possible, gamers love interacting with characters they have seen on the television screen. There’s something exhilarating about playing a mission with the protagonist from a show you watch every week, and if Defiance the show remains separated from Defiance the game, the creators are missing out on a great opportunity to create such special memories for their fans.

Fanboys love mythology, and with the launch of a show and game that lives in the same narrative universe, there are infinitely more ways hardcore fans of the show can learn about the characters they love. Defiance is doing something so completely original with their fanboy universe that it makes me want to kick up my heels and even write a thank you later to Kevin Murphy. Defiance allows fans to physically play the mythology behind each episode of the series instead of merely read about it.  In essence, the fans become the mythology because they are the ones that discover it when playing the game. It’s mind blowing. I know. 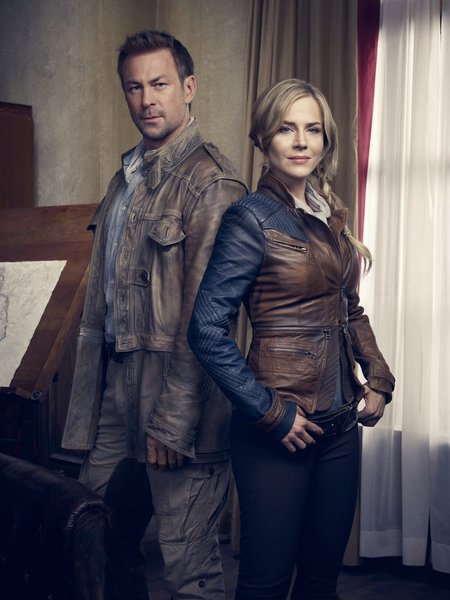 Now take a deep breath. Let my hopes wash over you, and when you’re ready, turn to my deepest fears for Defiance.

Even though the SyFy Channel and Trion Worlds have worked very closely in order to create two products that are essentially one entity, it is only natural for fans and non-fans of the series to judge one of the mediums as being better suited for this type of story than the other. While Defiance can be played separately from the show, and vice-versa, the video game and show are infinitely more enjoyable when consumed together. If people begin to pick favorites, and choose one over the other, a rift could develop between fans of the game and fans of the show.

Television shows and video games, naturally, update at different speeds. Shows come out with 12 or 13 episodes every season, then regroup, assess what worked and what didn’t, and attempt to make changes during the next season. Video games update major problems at a much slower rate, and in some cases, are never updated at all after its release. Where shows can fix major problems from one season to the next, a video game will eventually become outdated and obsolete. Video game graphics are constantly revamped and improved. When Defiance the video game becomes obsolete, what will happen to the show? Essentially, Trion Worlds will be forced to continually make new versions of the game in order to keep up with the times, and this will force gamers to repeatedly buy newer and newer versions of the game in order to keep up to date with the Defiance world. This tactic seems expensive to both producer and consumer. It will be interesting to see what will happen to the game as the show makes its way from season to season. 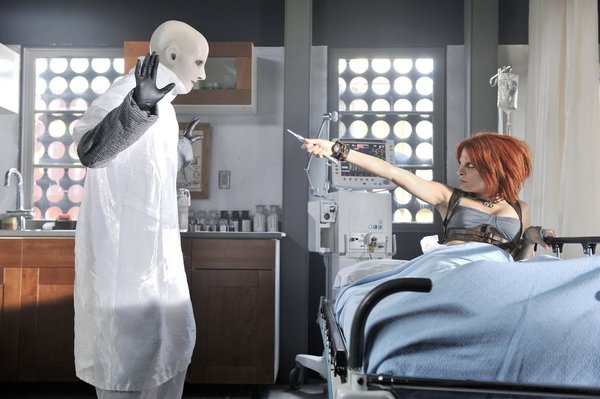 More than any other show currently on television, Defiance is clearly designed for one specific demographic: 18-25 males. This show is specifically created for tech savvy, multi-tasking, sci-fi lovers. Fathers, Mothers, sisters, stay away. This is not your show. Having played the game a

nd watched the first few episodes of the series, Defiance is definitely worth checking out, but I won’t lie to you, I fall into the aforementioned demographic. I hope more than just one group of people watch and play this transmedia golden nugget, but I fear that not enough will be willing to continuously make the jump between video game and television series to keep both mediumsfunctions symbiotical.

Defiance is definitely worth checking out, and I really hope that its creators prove my fears wrong. Please prove me wrong! Please!