What To Expect At Oscars 2013: From Presenters To Performances 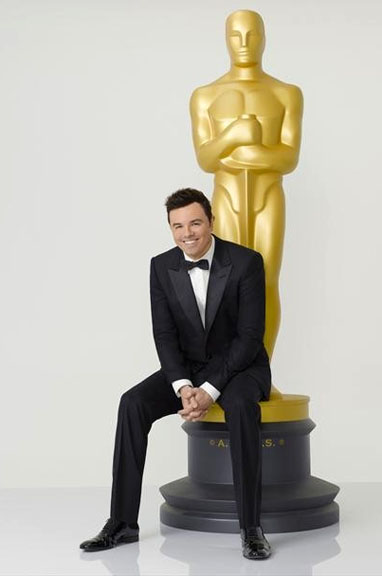 Oscar show producers Craig Zadan and Neil Meron announced today that Kristin Chenoweth and MacFarlane will participate in a special show closing musical performance. "After the Best Picture award has been given, Seth and Kristin will perform a special number and we think it will be a 'can't miss' moment," said Zadan and Meron.

Oscars® for outstanding film achievements of 2012 will be presented on Oscar Sunday, February 24 at the Dolby Theatre™ at Hollywood & Highland Center®, and will be hosted by Seth MacFarlane live on the ABC Television Network. The Oscar presentation also will be televised live in more than 225 countries worldwide.

Television
What Is Seth Macfarlane's Biggest Worry About Hosting The Oscars?