Phantom: Who Should Be Blamed For This Sinking Ship? 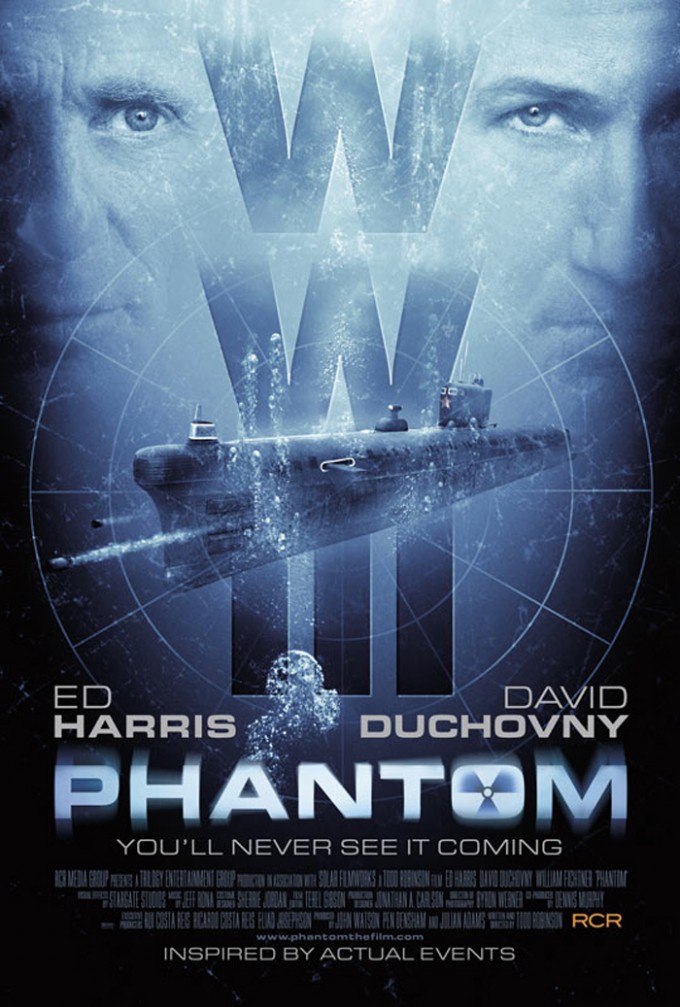 "Phantom" tells the story inspired by true events — how true these events actually are is left to the audience to decide for themselves — of a rogue Soviet ship that threatened to start an all-out war between the US and the USSR back in 1968. Ed Harris (A Beautiful Mind) plays Demi, a seasoned Soviet submarine captain who is chosen to lead his crew on one last mission aboard the black B67 Submarine. Demi does not let the irony of the situation go unnoticed. He quickly tells his commanding officer that there isn’t a more ironic way to end a career than manning a ship that is destined to eventually be sold to the lesser Chinese nation.

Taking everything else out of this film, Demi’s moral struggle to come to grips with a concluding military career while on board a swiftly sinking submarine is much like Ed Harris’ — and most of the other actors in this film for that matter — career in Hollywood. The four time Oscar nominated actor has spent the past eleven years trying to climb back on top after his epic performance in 2002’s The Hours. This career-based struggle closely resembles Demi’s battle to outshine his father’s heroic performance in combat. The slow moving, black monolith that is Hollywood only naturally fits in with the B67 Soviet submarine. When David Duchovney (The X-Files) and William Fichtner (Prison Break) — two actors that still lack major feature film credits — show up, the connections between film and real life become all too glaringly obvious.

At one point in the film, Demi’s character tells one of his fellow sailor’s that even though the B67 Submarine is not the best boat in the Soviet fleet, it is still 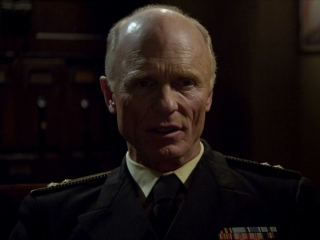 an honor to “take command of a ship in a shrinking Navy.” This too, represents the real people behind this film. For one thing, director Todd Robinson is more of a professor than a feature director. He currently teaches at The University of Southern California School of Cinematic Arts. As for Ed Harris, David Duchovney, and William Fichtner, the decision to make this movie must have came down to the opportunity to see each of their respective faces plastered on the silver screen one extra time in 2013.

With so many screenplays, treatments, and rough cuts of films that will never make it to cinemas, it is an honor to even complete a Hollywood movie these 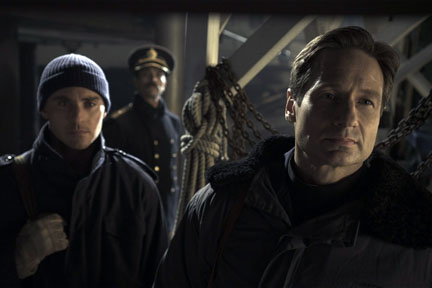 days. Phantom has the added benefit of being an original story, and not a sequel, reboot, or update. Unfortunately, the typical Hollywood tropes are still at work in this film. Overly dramatic dialogue, unneeded montages, and unnecessary sexual relationships are created without any real motivation or payoff. Sadly, three great actors decided to board this Hollywood cruise ship headed straight for the bottom of the ocean because it is Phantom’s exceedingly cheesy content that ultimately sinks this historically inaccurate cinematic ship. Yes, Phantom is so bad that no sinking ship pun — no matter how banal — is in poorer taste than this movie.