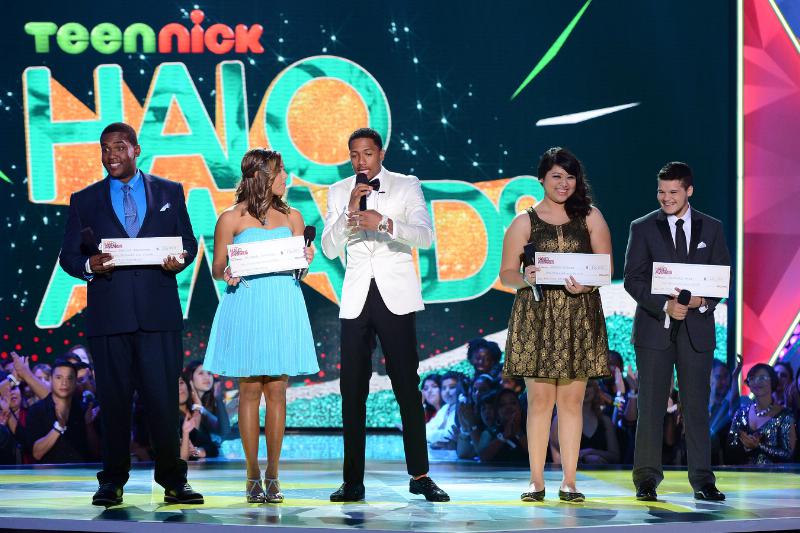 Enrique Iglesias, Fall Out Boy, Austin Mahone, Dax Shepard, Darren Criss, Kevin Jonas, Nikki Reed, Chloe Bennet and Jennette McCurdy were among the celebs who joined host Nick Cannon in honoring four extraordinary teens at the fifth annual TeenNick HALO Awards , Sunday, Nov. 17, at 8 – 9:30 p.m. (ET/tape delayed for the west coast) on Nick at Nite.  Conceived, hosted and executive-produced by Cannon, the TeenNick HALO Awards were broadcast live for the first time ever from the Hollywood Palladium in Los Angeles, Calif., and celebrated real teens who are "Helping and Leading Others" (HALO) and making a difference in their communities.  The TeenNick HALO Awards will encore Monday, Nov. 18, at 9 p.m. (ET) on TeenNick.

As part of Nickelodeon's ongoing commitment to encourage young people to take action, the network announced the "HALO Effect," a year-round initiative that recognizes one deserving teen every month for their work to help and lead others in the community.  The "HALO Effect" will kick off January 2014 and a $5,000 grant will be awarded to a charity designated by each teen.  Nominations are being accepted now and details can be found at http://www.teennick.com/haloawards.