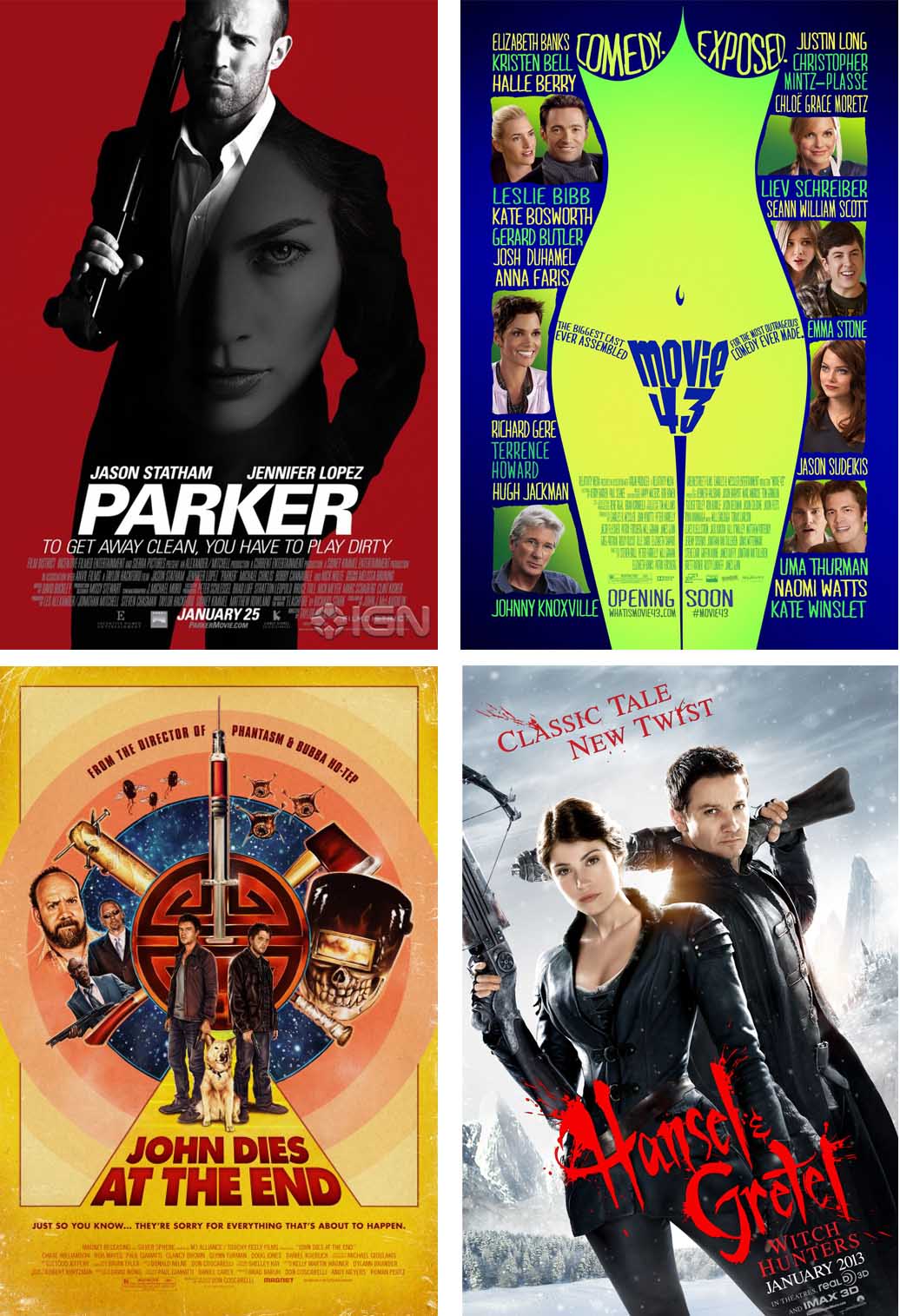 Heist film veteran Jason Statham (The Transporter, Snatch, Crank) returns to the silver screen in yet another tale of corruption, violence, and explosions. Statham plays Parker, a thief who operates with Robin Hood worthy ethics. After getting double crossed by his old crew and left for dead, he vows to get even by uniting with a woman on the inside (Jennifer Lopez) in a plot to steal his ex-crew’s latest score. http://parkermovie.com

John Dies at The End

After accidently consuming a miracle street drug nicknamed soy sauce, two users are given the ability to cross dimensions, see the never before unseen, and generally experience life in a completely horrific, yet subliminally awesome way. From director Don Coscarelli (Phantasm) and author David Wong comes this horrific albeit exceedingly goofy tale of monsters, zombies, and meat monsters. http://www.johndies.com

Film
Ben Affleck Is Back; Wins Best Director At DGA's