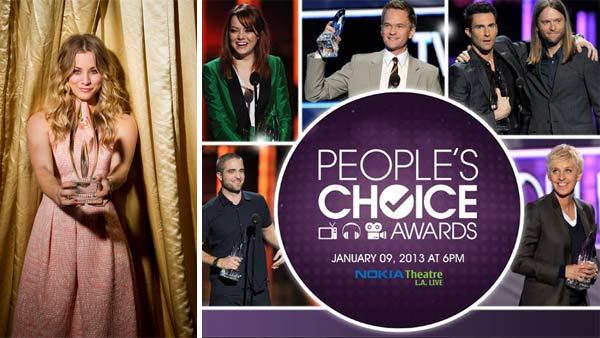 How to Vote for PEOPLE'S CHOICE AWARDS 2012:

Facebook - Facebook.com/PeoplesChoice features a custom application where fans can personalize their voting experience, share their votes, enter to win tickets and submit their Facebook profile picture for a chance to be featured in the PEOPLE'S CHOICE AWARDS 2012 live telecast on January 11.

Twitter - Fans can cast official votes for PEOPLE'S CHOICE AWARDS 2012 by tweeting a specific series of hashtags based on the nominee's name and category. To see a complete list of hashtags created for each nominee, please visit PeoplesChoice.com/pca/vote/twitter.jsp.

Music
The People Have Spoken