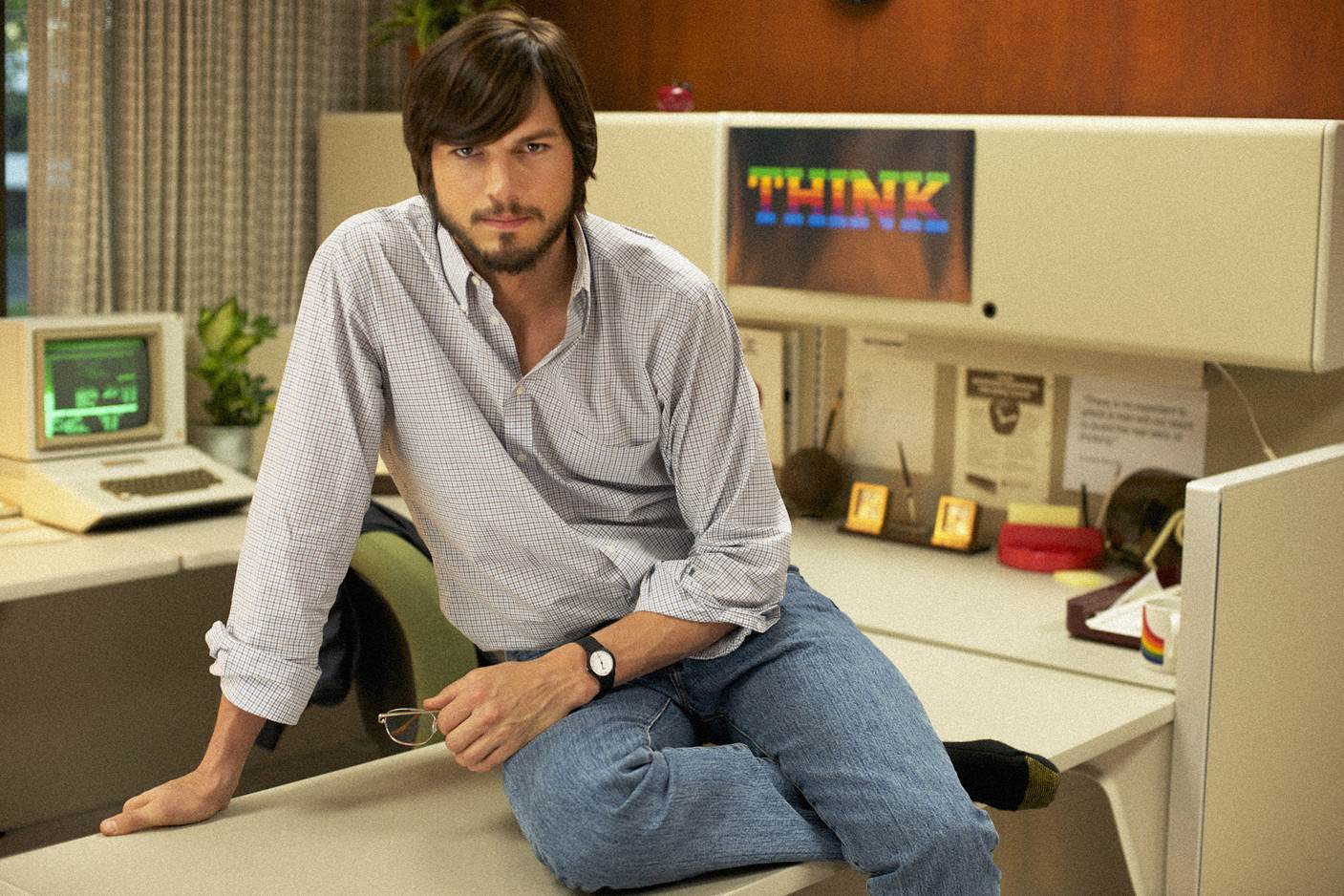 The highly anticipated film chronicling the story of Steve Jobs' ascension from college dropout to one of the most revered creative entrepreneurs of the 20th century, starring Ashton Kutcher will release in theatres in April. Next month, "jOBS" will premiere as the closing night film at the 2013 Sundance Film Festival.

The movie's production co., Open Road Films just partnered with Five Star Feature Films on "jOBS." Directed by Joshua Michael Stern, written by Matthew Whitely, shot by Oscar- winning cinematographer Russell Carpenter and produced by Mark Hulme, jOBS details the major moments and defining characters that influenced Steve Jobs on a daily basis from 1971 through 2000.  jOBS plunges into the depths of his character, creating an intense dialogue-driven story that is as much a sweeping epic as it is an immensely personal portrait of Steve Jobs' life.  The filmmakers were granted unprecedented access during shooting to the historic garage in Palo Alto, that served as the birthplace to Apple Inc. "jOBS" also stars Dermot Mulroney, Josh Gad, Lukas Haas, J.K. Simmons and Matthew Modine.