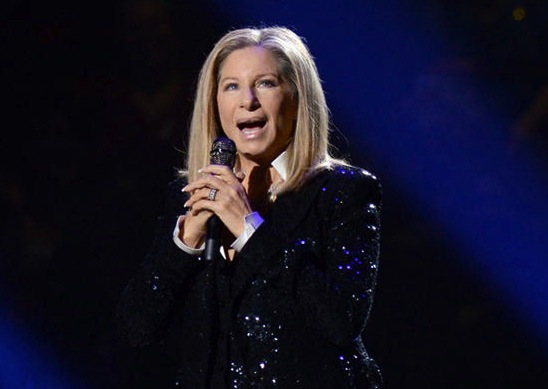 Barbra Streisand is performing at an award show this February, and it isn’t the Grammys.

Streisand has signed on to sing at this year’s Academy Awards. This is the superstar’s second time on stage at the Oscars. In 1977 the icon performed "Evergreen," the love theme from “A Star Is Born,” going on to win the golden man for Original Song later that same night.

“In an evening that celebrates the artistry of movies and music, how could the telecast be complete without Barbra Streisand?” the show's producers, Craig Zadan and NeilMeron, said.

Rumors are already circulating about which tunes she will select, or if she will pay a musical tribute to the recently deceased composer Marvin Hamlisch, who composed the score and co-wrote the title song to Streisand's 1973 film, "The Way We Were," in addition to the songstress’s last Oscar-nominated song, "I've Finally Found Someone."

No matter what she chooses to sing, it will no doubt be fantastic. Tune in Sunday February 24th to see the legend live.