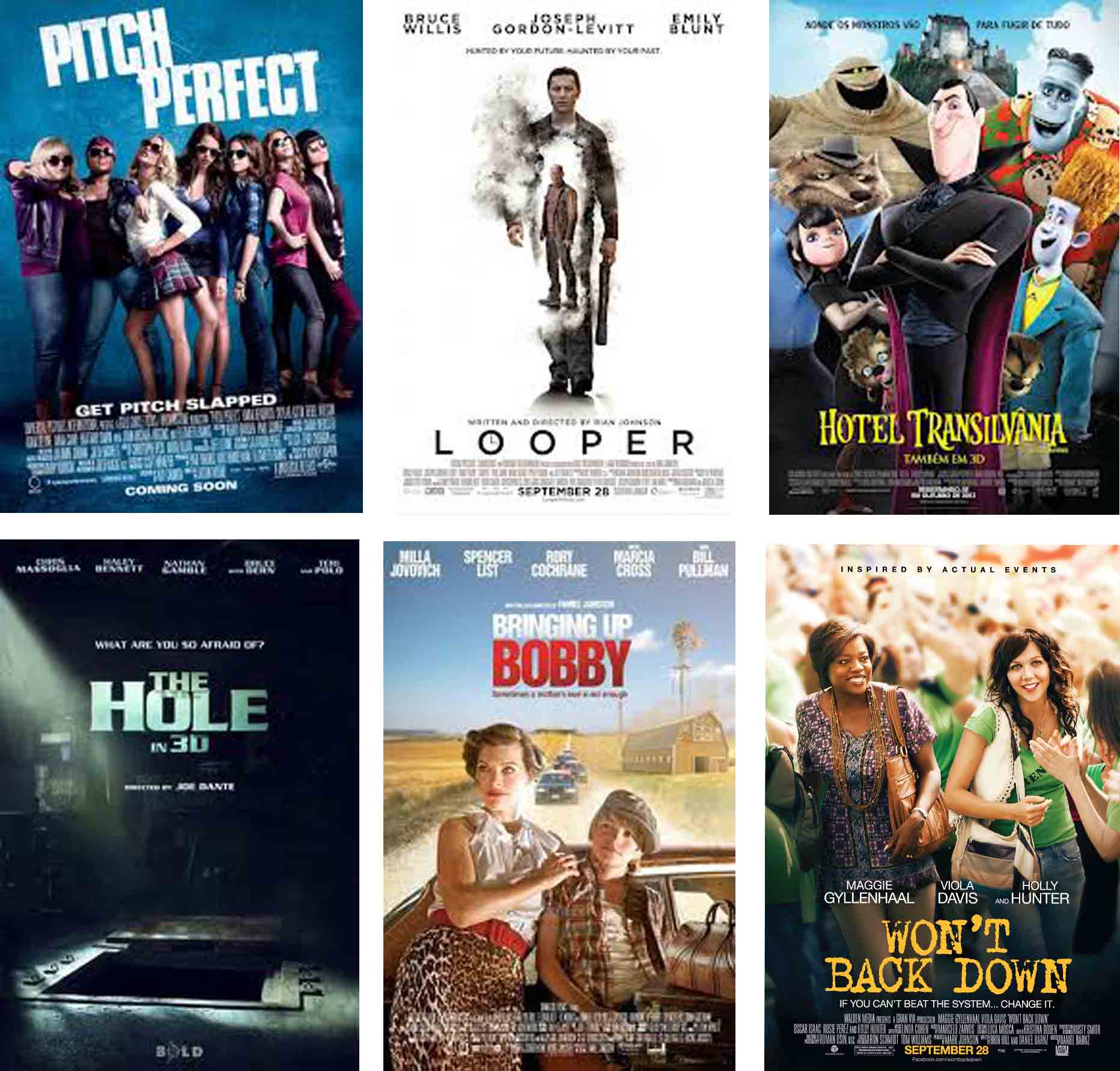 Where do monsters go when they need a break from scaring children and causing nightmares? According to director Genndy Tartakovsky, they go to Hotel Transylvania. Adam Sandler, David Spade, Kevin Smith, and Steve Buscemi all provide their voices for this Sony Animation film about a young man (Andy Samberg) who falls in love with Dracula’s teenage daughter (Selena Gomez) after stumbling into the monster Hotel. http://www.welcometohotelt.com

Joseph Gordon-Levitt plays a Looper, a hired assassin responsible for taking out time traveling criminals. When he is visited by the 30 year-old version of himself (Bruce Willis), Gordon-Levitt’s character is forced to track down and kill… himself. http://www.loopermovie.com

Anna Kendrick (Up In The Air) plays Beca, a college student that is so self-centered, she would rather listen to the music coming out of her iPod than the people that surround her in the real world. After arriving at her new University, she finds herself socially out of the loop, and unable to join any school clique or group. As a result, she is forced to join a club that she never thought she would ever be a part of: The Choir. With nowhere else to go, Beca decides to stand alongside nasty girls, nice girls and strange girls who only have one thing in common: their voice. http://www.pitchperfectmovie.com

After brother Dane and Lucas move into their new house, they decide it’s time to do a little good, old fashioned exploring. What they find, however, will change their lives forever. Deep inside the bowels of their basement, the two brothers discover a bottomless hole that, once exposed to the outside world, contains the darkest fears the two boys have ever witnessed. http://theholein3d.com

In an attempt to reinvent themselves, an attractive European con Artist (Milla Jovovich) and her 10-year-old American son (Spencer List) relocate to Oklahoma. Bad habits never die, however, and soon the mother and son duo find that starting a new life isn’t as easy as it sounds. http://bringingupbobbyfilm.com

Film
Going to the movies this weekend?