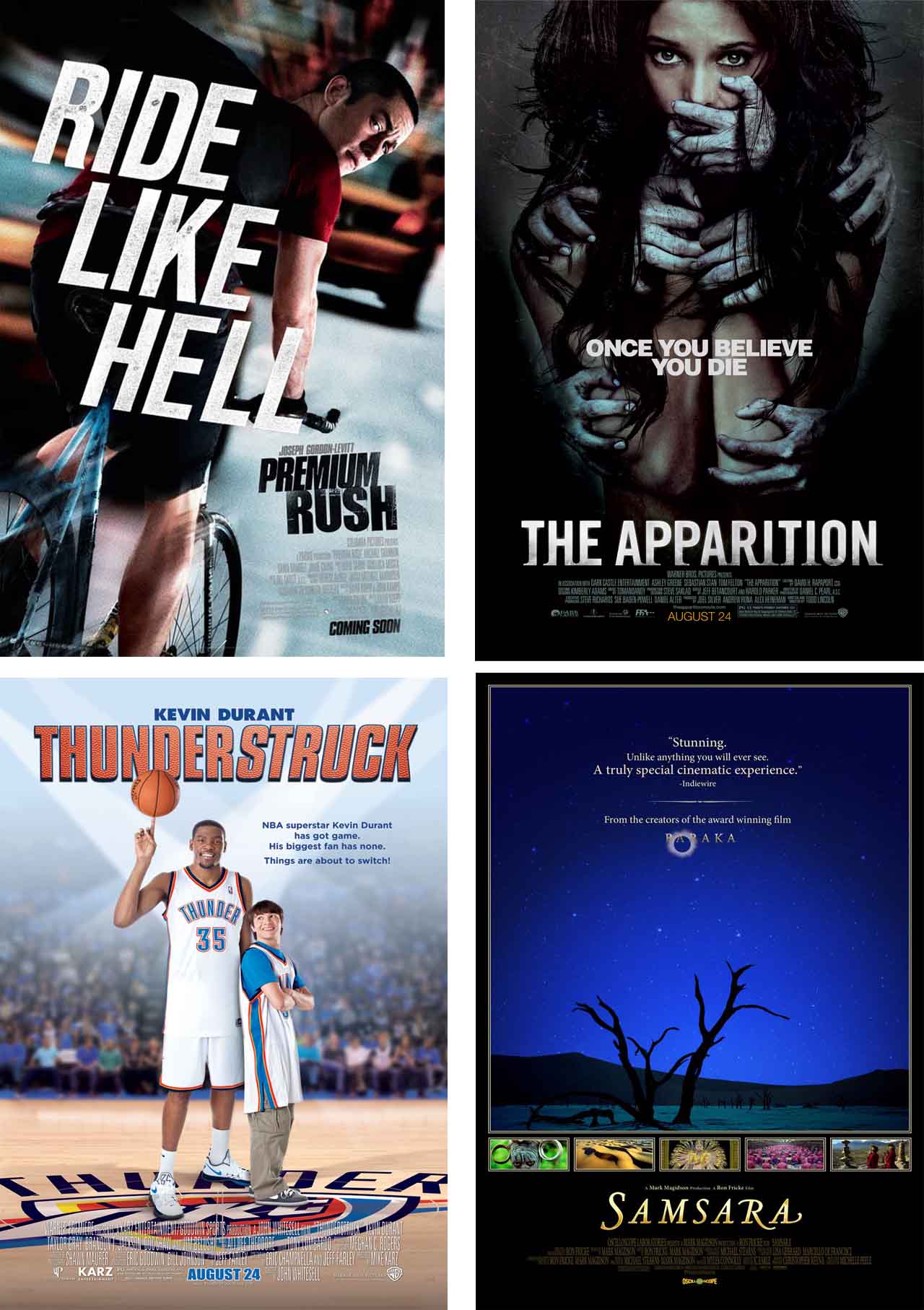 In the most convincing reason to never participate in college psychology experiments, Ashley Greene and Sebastian Stan star in this horror flick focusing on a horrifying apparition that feeds in fear and just happened to have been created in a science lab. http://theapparition.warnerbros.com/

What happens when an uncoordinated preteen basketball wannabe magically attains the playing prowess of his favorite NBA star Kevin Durant (yes the OKC Thunder superstar)? Find out in Thunderstruck, the only children’s film debuting this weekend. http://www.imdb.com/title/tt2041488/

Samsara is a nonverbal documentary that was filmed over a four-year period in over 25 countries and on five continents. The film aims to find out what common aspects connect all human life. http://barakasamsara.com/