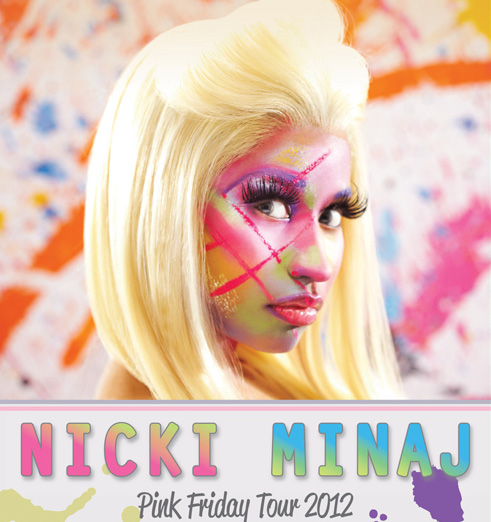 Grammy nominated artist Nicki Minaj has brought her Pink Friday Tour to North America. Joining Nicki on her much anticipated US Tour will be rapper 2 Chainz who is appearing with Nicki on most of the dates with the exception of Los Angeles and Oakland. 2 Chainz recently made a guest appearance on Nicki’s hit single “Beez in the Trap.” His debut album, “Based on a T.R.U Story,” will be released on August 14th, 2012.

The 18 stop North American tour began on July 16th in Chicago and will wrap up August 12th in Vancouver. If the International tour is any indicator, the US Tour will guarantee to be an exciting and entertaining show especially with the addition of 2 Chainz, one of the most sought after collaborators in Hip Hop. As Australia’s NovaFM reports “Nicki Minaj promised fans her debut Melbourne show would be unforgettable. After three costume changes, more than 16 tracks, some banter, some dancing and a whole lotta rapping, it seemed everyone inside Hisense Arena arrived at the same sentiment.” And according to news.com.au “It was a night of tiny tasty Nicki treats all mashed into a mini-musical feast with tight choreography and lots to look at.” It seems the critics agree that Nicki’s Pink Friday Tour promises not to disappoint.

Minaj released her second studio album “Pink Friday: Roman Reloaded” on April 3rd where it debuted atop the Billboard 200 list and was # 1 in the US, UK, Canada and Japan. Currently, Minaj is shooting the video for her next single “Right By My Side.”

Music
The "All Star" Group Is Back! Smash Mouth to Release New Album