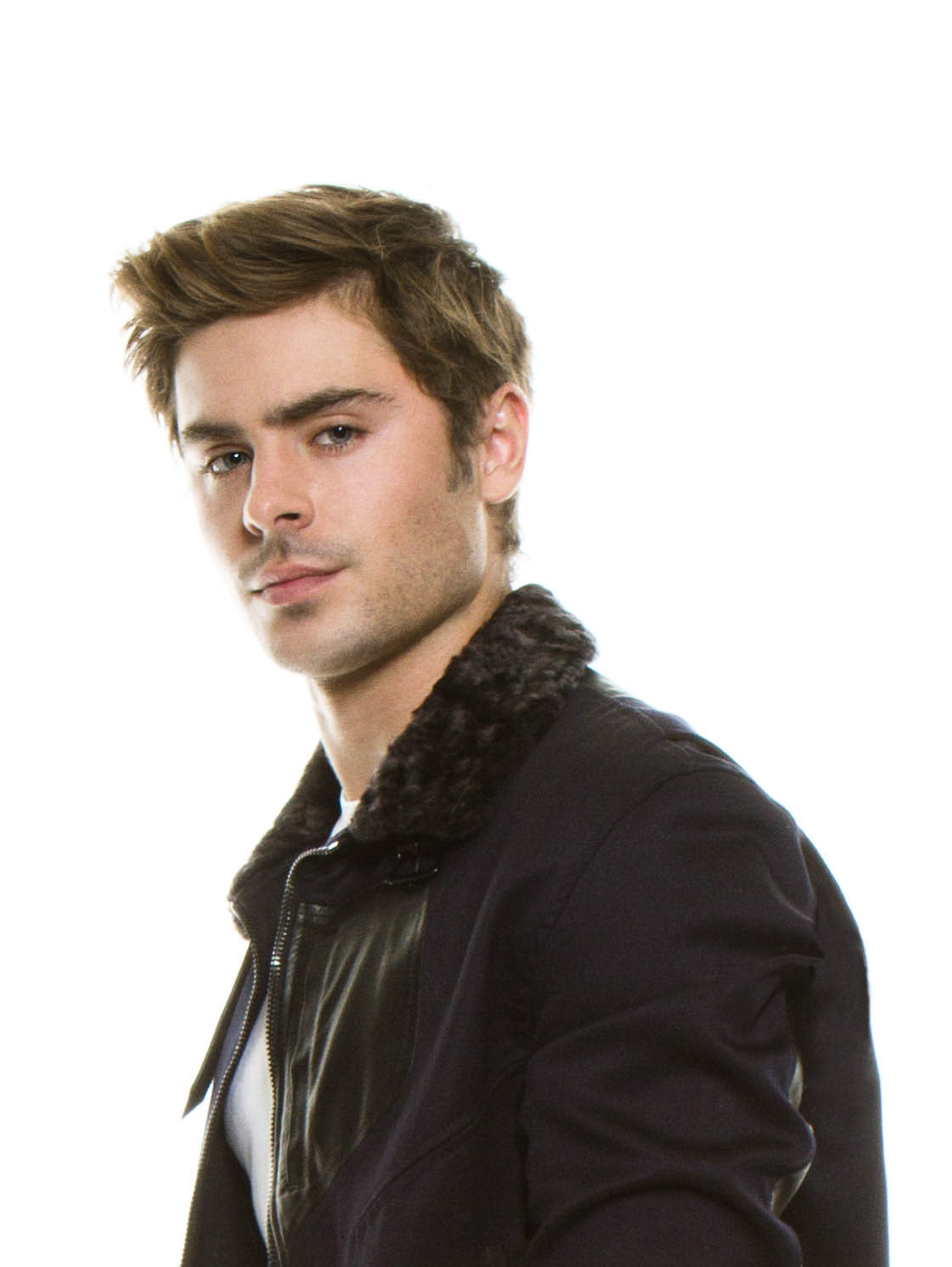 It’s undeniable; there is something about Zac Efron that melts women’s hearts. It doesn’t matter if they’re 13, 30 or older. Who could resist his beautiful blue eyes and handsome face? Like everyone else, I will admit being enchanted by his charm. But it was his performance in the 2009 film “17 Again” that made me think, “This guy has potential to become a notable actor.” With the right role he could truly shine. I was hoping to see that in his latest film, “The Lucky One.” With the premise being so promising, this time should have been it. The picture starts in Iraq where Zac plays the role of a Marine. While being the sole survivor of an ambush, he finds a photo of a woman, instantly believing she is his lucky charm. Upon returning home, his mission shifts towards finding the woman in the picture. So far, so good. Unfortunately, as soon as he meets her, my hopes died. His role reverts to what he’s done time and time again; playing unlucky in love as he did in, “Me and Orson Welles,” “Charlie St. Cloud” and “New Year’s Eve.” These were parts with little depth and no dimension.

We first became acquainted with Zac in “High School Musical,” where he played a jock that falls in love with his co-star in the school play. But with “HSM” it was fun and a first. We then saw him in “Hairspray,” where he falls for a girl, yet again. His transition from “Hairspray” to “17 Again” was fresh, even though the plot was centered around another love story. Since then, history seems to be repeating itself for Zac. Why is it that he always plays the same type of roles? I refuse to believe that he is simply a one-dimensional actor. Portraying a hopeless romantic is not all he can do. Why can’t anybody see him as a villain, a detective, an attorney, or even a psychopath? In brief, he needs material with more variety and profundity. While speaking with Zac during my interview at The Roosevelt Hotel, I met a man whose depth was much greater than what he projects on screen…

You spent your teenage years in front of the camera. Was that both challenging and rewarding for you?

It was interesting. I was lucky because I had a good foundation and a good family life. I think that’s invaluable. I had a great set of morals by then and was always sort of an old soul and had figured out what was important for me at that point in my life. I didn’t need anymore attention and was happy just performing.

How did you keep up with school and work simultaneously?

That was the hardest thing I ever did, probably. Keeping grades up and working, but I did. I don’t know how I did it. I finished High School and never went to college, which was the hardest choice I ever made.

Do you have a desire to go?

I find that most of what I’m learning now, at least to be a producer and an actor in the field… I’m way past my 5th year of college now.

You’re in the college called ‘life.’

Yes, I am. The college of life.

How difficult is it to cross the bridge to manhood without being typecast?

I think you can be typecast instantly, I think everyone can be. I made sure to not revel in the fame too much and make sure that I stayed true to the work. I took a few steps back to really focus on my craft because I was in the hardest spot than anyone at that point, in terms of moving on. I just got ready for it and worked with directors who I knew would mentor and challenge me.

Did anyone in specific help you to transition in your career?

I think Burr Steers, the director of ’17 Again’ and ‘Charlie St. Cloud’ because we’ve worked together for so long. Also, Lee Daniels (‘Paperboy’) and Richard Linklater (‘Me and Orson Welles’).

You must receive many offers for film; do you have a criterion for choosing one part versus another?

Kind of. We don’t take many offers. Usually if it’s being offered, I read it and occasionally it’s good. Sometimes you have to make your own way.

Incredibly, yeah. (laughter) Which is not conducive to working a lot. I look for something that’s going to be different, hopefully cool and something you wouldn’t expect. It’s unusual, but when you read it you should think, ‘Wow, that’s an interesting perspective on something I knew nothing about.’ Or maybe you find a character who makes such an honorable choice.

“The Lucky One” has to do with a soldier coming back from Iraq. Besides being a romantic drama, it obviously has a bit to do with the psychological drama that soldiers go through. Did you have any contact with soldier(s) who served in Iraq to prepare for the role?

I did, yes. I spoke to several Marines at Camp Pendleton. Their stories were incredibly powerful and very heroic. That was the day I realized that this was the kind of movie I want to make because their stories were so powerful. I was moved. I could feel how it would be hard to integrate back into the ‘real world’ after seeing such trauma and doing something so important. How do you come back and do something as trivial as… ‘this.’ You have a different set of values after that. You appreciate different things.

When you decided to take on the part, did you reflect at all on what happened 10 years ago with 911? Did it affect you in anyway?

That was a pretty powerful morning for me. My mom used to wake me up for school. She just never did. Usually the lights would be on in the kitchen because it was still dark out, but it was black inside and my mom had the TV going. She was crying. I said, ‘Mom, isn’t it time for school?’ But the towers had gone down. I remember that clearly. 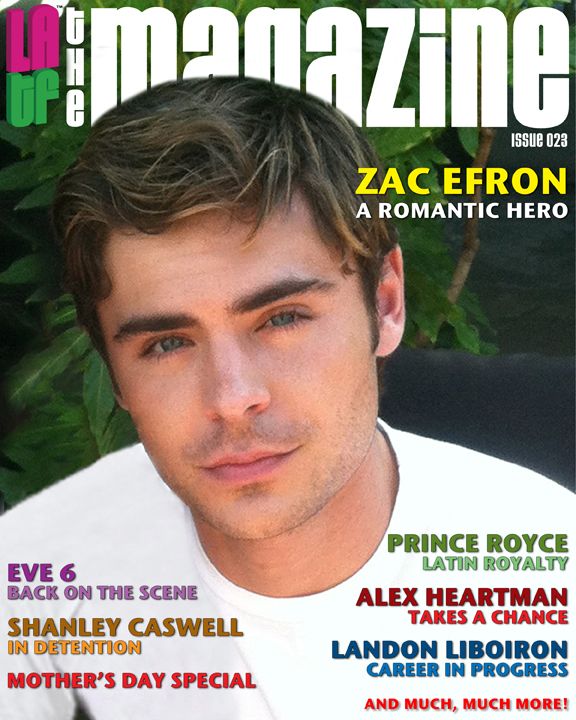 How many pictures do you fit in a year? Do you take breaks or go directly from one project to another?

It depends, last year I think I fit in 3 pictures. I mostly did all independent films last year. As far as breaks, I guess you could call them that. I’m always looking for work during breaks. I don’t ever cancel everything. If I could be working, I’d rather be doing that.

It seems that your next couples of projects are a bit different from what you’ve been doing. Is your career taking a turn?

Yes. I’m doing projects with directors who think in a different way. They really challenge you and need something extra out of you. They require a lot of intelligence to navigate around. It’s hard work but very very fun. I really enjoyed working on ‘Paperboy.’ That was one of the best times of my life.

I read somewhere that, even though you got your start in musicals, it is not a direction you want to consider. But, if Broadway called, would you go?

Not necessarily. Without a doubt I would go. If there was a show that was great, I would do it. I can’t wait. I can only put it off for so long. I need to go back there for the soul and because you have a whole different creative energy that comes out of you when you’re on stage. Also, it’s just the funnest time in the world. It’s pure joy.

You have taken a lot of animated voice-over parts, is that a way to work and relax at the same time?

Yeah, it’s very nice. Those are very fun. I’d do more animated if I could and if those things came around.

What’s your long term goal for your career?

My goal is to be in some really unforgettable movies. The kind that I watch that make me think for a few hours afterwards, or for a day; the one’s that change your perspective… or movies that I want to reference. I think then you go down in history once you’re in one of those films, like in the 70’s. I’m thinking of Robert Redford.

And The Sundance Kid.’ Yes. Paul Newman, James Dean… they stood for something. They were legends and the icons in Hollywood in a time when people were really making changes. It wasn’t about who has the highest box office numbers. It was something different.

I’m sure everyone asks you this… but is there someone special in your life?

My mom is pretty special. I’m thinking about maybe getting a dog. Maybe if I move to the beach this summer…

Perhaps Zac’s next project will take him to another level. This fall, he will star in the thriller “Paperboy,” directed by Oscar nominated, Lee Daniels (Precious). It has already been announced as an official selection film competing at Cannes 2012. I hope that Zac will find his ‘unforgettable’ film, and when he does, we will still be watching…