'The Walking Dead' Will Rise Again For 4th Season 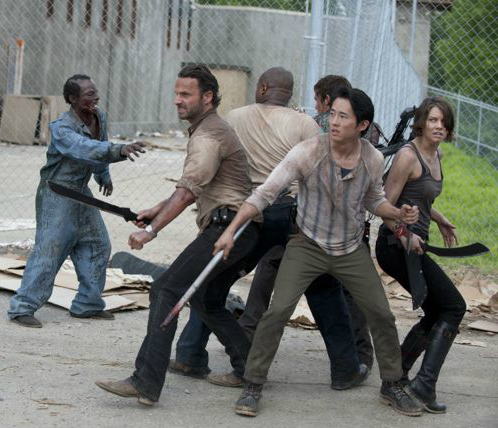 After making TV ratings history, it was no surprise that AMC announced the renewal of "The Walking Dead" for a fourth season. The show is the first cable series in television history to reign as the biggest show of the fall season among Adult 18-49 rating, beating all broadcast and cable entertainment series including “The Voice,” “Modern Family,” “X Factor,” “Two and a Half Men,” “The Big Bang Theory” and “Grey’s Anatomy.”

But with the good news comes the not so good news. Showrunner Glen Mazzara will not return to work on the series. Mazzara served as showrunner following the announcement of creator/original showrunner, Frank Darabont's departure early in the second season. Rumors have circulated that he was not happy on the show. It goes without saying, but the AMC series has a bad showrunner commitment history.

Sports
How To Stay Healthy This Holiday Season...

Food & Drinks
Holiday Cakes: What To Bake With?

Television
The Loss Of A True TV Legend: Larry Hagman Passes Away At Age 81