Donald Trump Has Completely Lost It 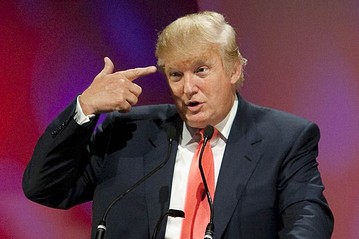 To quote Brian Williams on NBC, "Donald Trump... has driven well past the last exit to relevance." On election night, Trump waved his crazy card tweeting more than 10 angry messages in response to President Obama's win. He tweeted posts such as, “a total sham and a travesty” and "the world is laughing at us.” No matter what Trump is thinking, Barack Obama is our 44th President, lawfully elected. Any normal human being would have been gracious enough to respect the leader of the free world; congratulating him like we all do, whether Democrat or Republican. I would not be surprised if his show was to be cancelled in the very near future, making him completely irrelevant.

Breaking News
How Dare He?!

Music
Alex Clare: The Strangeness of The Hour

Music
Why Are The Grammys Going Country?